The new design features more advanced technology used against counterfeiting of dollar notes which is very rampant among various syndicates.

So what’s new in this new design of the new 100 dollar bill? For security purposes, Federal Reserve added blue 3-D Security Ribbon on the front of the new 100 dollar bill which contains pictures of bells and 100s that move and change from one to the other as you tilt the new $100 bill. In addition, the Bell in the Inkwell on the front of the $100 bill is another new security feature. The bell changes color from copper to green when the $100 bill is tilted.

Furthermore, the back of the new 100 dollar bill has a new vignette of Independence Hall featuring the rear, rather than the front, of the building.

However, there are also features that are retained in the previous $100 bill;  the portrait watermark of Benjamin Franklin, the security thread, and the color-shifting numeral 100 which preserves the security feature of the old $100 bill to be replaced.

For those of you who are asking if your old $100 bills are still valid come the issuance of this new 100 dollar bills next year, Federal Reserve Chairman Ben Bernanke that they will be continued to be used as legal tenders.

If you are curious how the new $100 bill looks like, below is a screenshot of it. What can you say? Do you like the new design of the $100 bill? I think somehow, there’s a resemblance with the notes of other countries.

Here is also youtube video of the new 100 dollar bill: 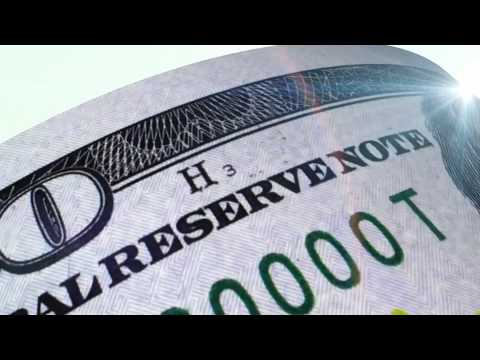