Unemployment Extension: Tier 5 Demand and What 99ers Are Experiencing – The demand for a Tier 5 unemployment extension bill continues. Millions of 99ers are continuously losing their homes, their food, their savings, and all of their resources just to survive during these hard times.

The Situation of 99ers

It’s not that they are just couch potatoes as what others are saying. It’s really hard to get a job right now. This is a fact as evidenced by the amount of comments that we usually get here. Hundreds of 99ers are telling their stories on how they tried their best to send out resumes to several companies but to no avail.

Apparently, their condition aggravates their situation. How can they concentrate on the duty of looking for work if they worry that they won’t have a roof over their head because their house is foreclosed, a phone and electricity that may be disconnected because of non payment of utility bills, etc.

These unemployed individuals suffer through no fault of their own but through the fault of the top executives of huge Wall Street firms. Through the wrong management and decisions of their executives, these Wall Street companies triggered the recession causing a domino effect of huge debts, foreclosures, and bankruptcies. Ultimately, average employee suffers because of mass layoffs while these executives are enjoying their vacations using their fat paychecks.

In addition, the government can also be the subject of scrutiny in this problem. They should have been more frugal in spending the budget prioritizing the disposal of funds to address the most important concerns. They have spent billions to bail out Wall Street companies in the brink of bankruptcy and on two wars but no one worried about the bugdet deficit.

If our politicians, particularly the Republicans, do not pass a Tier 5 Unemployment Extension Bill, more and more 99ers will suffer. There will be chaos and crime rates will shoot up in the fight for survival. Social welfare agencies and others who have kind hearts may temporarily adopt the children of these unemployed. Ultimately, there might be a revolution in Washington if this continues for a longer term.

The Senate Elections on November 2:

Of course, the fate of this Tier 5 Unemployment Extension Bill relies on the hands of our politicians. This coming November 2, 37 of the 100 seats in Congress will be filled in with new faces. Since the population of these unemployed 99ers constitute a huge portion of the American voters, they may vote out all who are against in the passage of this unemployment bill.

Fortunately, there are two Senators who have expressed their support in passing this bill – Senator Charles Schumer from New York and Sen. Debbie Stabenow from Michigan, both are Democrats. Will their voice be heard in the Congress? Let’s all hope and pray that more and more will support this bill for the 99ers.

The Call for Tier 5 Continues

Several organizations have set up petitions to call for a Tier 5 Unemployment Extension Bill. Letters, emails, and phone calls have been made to state senators to get their support. A video for this campaign has been made available below. 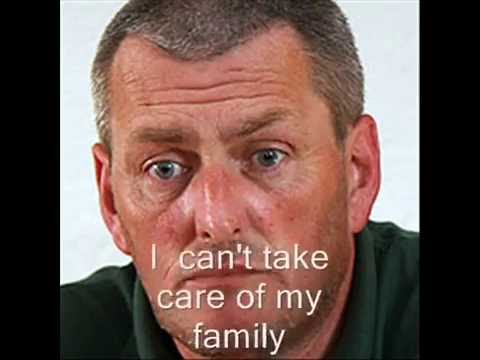