UFOs, up until now, are still a puzzle to many of us. Do they really exists? This is the most pressing question we have. Are these UFOs the so-called space ships of aliens just like in the movie E.T. or Extra Terrestial by Steven Spielberg?

While one of the most famous controversies about the existence of aliens and UFOs are the wonderful crop circles, the recent UFO sighting is claimed to have happened in China particularly over their Xiaoshan Airport.

According to Chinese airport officials, the UFO was picked by their radar last week July 7, 2010 at about 9 p.m. in the evening. Since they couldn’t exactly identify what they had seen, they grounded flights in and out of the airport for about an hour causing passengers to be left stranded.

Below is the video showing the alleged UFO seen over Xiaoshan Chinese Airport. What do you think about it? Is this a UFO? 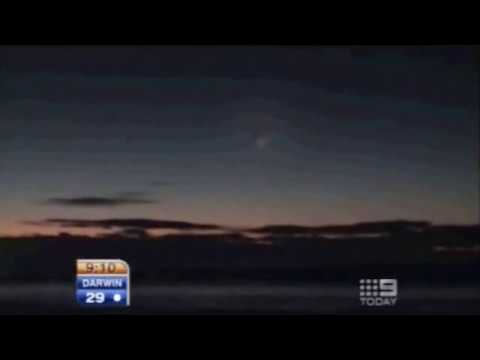