Remembering Through September 11 (9/11) Quotes – Nine years have passed but the memory still remains. Who can forget the more than 2,000 lives that was claimed in one single day by mindless terrorists who tried to make a point that they can harm the United States. Until now there still remains a seed of doubt of who really orchestrated the attacks on the World Trade Center. Were these attacks by terrorists or where this designed by our own kingpin in the United States.

Let us remember some September 11 (9/11) Quotes as we embark on a journey towards commemorating one of the saddest days in the United States and in the world.

In the aftermath of September 11, and as the 9/11 Commission report so aptly demonstrates, it is clear that our intelligence system is not working the way that it should.

Understand the causes of terror? Yes, we should try, but let there be no moral ambiguity about this: nothing could ever justify the events of September 11 and it is to turn justice on its head to pretend it could”

The terrorist attacks on September the 11th were a turning point for our nation. We saw the goals of a determined enemy: to expand the scale of their murder, and force America to retreat from the world. And our nation accepted a mission: We will defeat this enemy. The United States of America is determined to guard our homeland against future attacks. As the September the 11th Commission concluded, our country is safer than we were three years ago, but we are not yet safe.

If the evens of September 11, 2001, have proven anything, it’s that the terrorists can attack us, but they can’t take away what makes us American – our freedom, our liberty, our civil rights. No, only Attorney General John Ashcroft can do that.

Let us also remember through a 9/11 Memorial what happened during September 11, 2001. Watch the video below and then reflect on the 9/11 quotes and photos after. This is indeed a day of call to the whole world to unite and denounce fear. 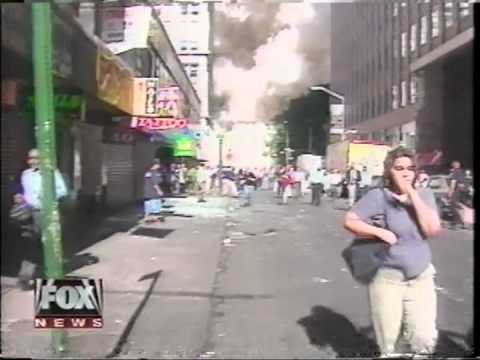