When it comes to power belter singers in the history of the music industry, Whitney Houston could have been the best. Most of her songs strikes high notes and she sings it with less effort. A lot of new singers uses her songs for auditions and a lot of singing show contestants are using it during final episodes. If you could reach her notes and you can singe her songs, you got a very great potential in the world of music.

At this very moment, Taiwan has finally found their “Whitney Houston”. This time, it is made possible by a boy. His name is Li Yu Chun. He is known to be “boy who has the voice of Whitney of Houston”. Some are even saying he can also be the next Susan Boyle. He is a contestant in a singing reality show in Taiwan, Super Star Avenue. He is known to be the “Little Fatty” and he amazed everyone with his rendition of “Amazing Grace”. The show’s champion will be given $1 million dollars and a recording contract as well. 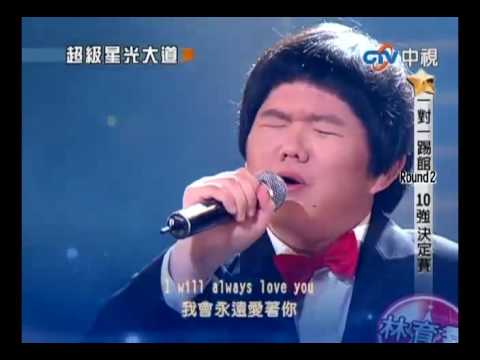