Jodie Fisher and Mark Hurd Issue – A lot of people, most especially in the IT industry, were surprised in the news that came out over the weekend about HP CEO Mark Hurd’s  resignation.

The issue involved Jodie Fisher, a former star of dating show named “Age of Love” who had sexual harassment allegations against Mark Hurd which led to the discovery of various unreported and inappropriate payments from HP during her two years as a marketing contractor from 2007 to 2009.

The investigation was propelled by a letter addressed to Mark Hurd which was then turned over to HP’s General Counsel Michael Holston. The expense reports included several dinners and travels ranging from a minimum of $1,000 to a maximum of $20,000 in which Hurd promised to pay back.

Reports said that Fisher was paid at most $5,000 per event as a marketing contractor to organize HP functions and then greet and introduce executives. “I was surprised and saddened that Mark Hurd lost his job over this. That was never my intention.” Fisher said in a statement.

With the resignation of Mark Hurd as HP’s CEO, HP’s stock dropped from 7% percent to $43.05 in the opening of the New York Stock Exchange. While the company is currently looking for its next CEO, Cathie Lesjak, HP’s CFO temporarily replaced Mark Hurd’s position as interim HP CEO.

Mark Hurd resigned with a lot of cash added to his wallet. According to the documents filed in Securities and Exchange Commission, he walked away with $12.2 million of severance pay, a total of 330,177 performance-based restricted stock units that were granted to him in 2008, and outstanding options to purchase up to 775,00 shares of HP stock.

Here is a report from Bloomberg about Mark Hurd’s resignation: 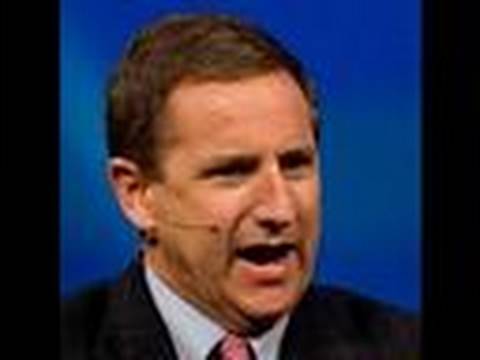