UFC 117 Post Fight Press Conference Video – The mixed martial arts fight between Anderson Silva and Chael Sonnen was already finished. Held at the Oracle Arena in Oakland, California, US, Silva once again retained its Middleweight Championship title by defeating Sonnen via submission (triangle choke) at 3:10 of round 5. It was a very close mixed martial arts fight. In fact, this was only one of three flights in UFC history to end in the fifth round. Silva once again proved that he can “walk the talk” with all his trash talks.

After the match, Silva and Sonnen met in the post fight press conference which started around 1:30AM Eastern Time. Both fighters answered several questions thrown to them about what has transpired in the Octagon ring. Interested to know what are the questions and the fighters’ answers? Below is the UFC 117 Post Fight Press Conference Video featuring Anderson Silva and Chael Sonnen: 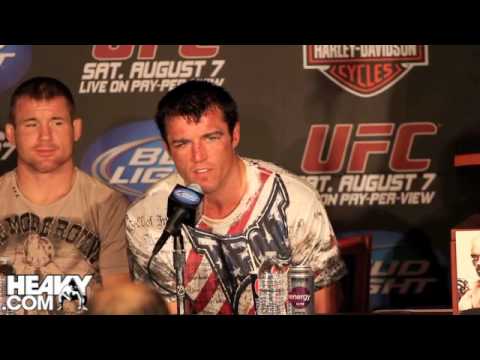