Unemployment Extension: 99ers Held Successful Rally for Tier 5 Unemployment Extension – The much awaited first rally of the 99ers to call the attention of Congress for a Tier 5 unemployment extension bill was successful. It was held last Wednesday, August 12, 2010 at the Federal Hall, 26 Wall St., New York City from 12pm to 1pm. Ed Scultz and other media covered it.

Dubbed as “Keep the American Dream Alive Tier Five!”, it was attended by groups of 99ers demanding for the passage of a Tier 5 unemployment extension bill. “A man without a job is like a man that does not exist,” said 99er Rubin Edwards, 48, of Clinton Hill, Brooklyn, who came to the rally dressed in a suit and tie. “I hope and pray for my future in America today.”

Currently, there are two Tier 5 unemployment extension bills being proposed. The first one comes from the Senate introduced by Senator Debbie Stabenow which provides 20 additional weeks of unemployment insurance for individuals in states with unemployment rates of above 7.5% and a one-year extension of two tax credits for businesses that hire unemployed workers.

The second one comes from the House of Representatives introduced by Rep. Shelley Berkley from Nevada aiming to provide an additional 20 weeks of unemployment benefits but only for those states with unemployment rates of 10 percent or higher.

Was the 99ers rally “successful” enough to call the attention of the Congress? The Congress is set to reconvene on September 13 after their recess. But will any of the two Tier 5 unemployment extension bills be tackled? According to an article in Open Congress, Senator Schumer said the Senate in September will focus on a bill to promote small businesses, a child nutrition bill, a tax-credit bill for companies and possibly a vote on the Bush-era tax cuts or the START arms treaty between the United States and Russia. 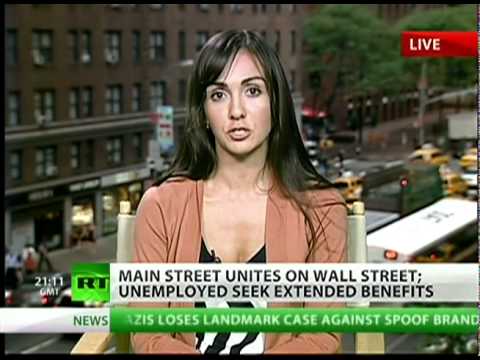